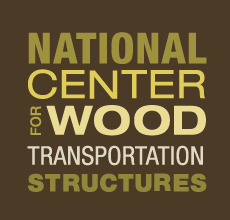 Assessment, Repair and Replacement of Bridges Exposed to Fire Damage

Although bridge fires are not frequent events, they pose impacts on safety, traffic flow, and the economy given bridge repairs or replacement can be costly. A lack of information and the tools needed to evaluate fire damage to concrete bridges and to aid in decisions for both immediate and long-term use of fire-damaged bridges was the impetus for this research.

On October 30, 2019, multiple items within a homeless encampment were set on fire beneath the I-29 northbound bridge over the Perry Creek conduit in Sioux City, Iowa. The fire was exacerbated when a propane tank became engulfed by the flames. The bridge girders and deck were particularly vulnerable to the ground fire because of the minimal ground clearance (about 6 ft) in comparison to that of most other bridges.

Despite this unfortunate incident, it provided an opportunity to learn more about the residual condition and strength of the bridge girders through a research study. The Iowa Department of Transportation (DOT) elected for the removal and replacement of the bridge, which allowed for girders to be removed and undergo testing.

Three fire-damaged girders were selected from the bridge, carefully removed, and transported to the Iowa DOT maintenance yard in Ames, Iowa. Each girder was visually assessed and selected based on the apparent level of damage incurred: one low-level, one mid-level, and one higher-level. The goal was to compare and contrast apparent levels of damage and assess the impacts each level of damage had on the serviceability and strength of the girder.

This project provides the results and recommendations resulting from the completed load testing. The results will assist in providing more technical information with respect to fire-damaged girders to help bridge owners to develop guidelines for assessment and repair.


Assessment, Repair, and Replacement of Bridges Subjected to Fire


Assessment, Repair, and Replacement of Bridges Subjected to Fire